As a thank-you to all our TVFC members we will be holding a free BBQ at the TVFC grounds on Wednesday, the 16th of December. The BBQ will be started around 5:30PM.

This BBQ is free for all MiniRoo, Junior and Senior players, but all are welcome with a gold coin donation! Drinks will be available from the canteen.

Remember to bring your boots and have a kick!

TVFC have been fortunate enough to be invited to be a part of a match at Aami Park Saturday 2nd January at 6pm.
We currently are seeking 12 to 15 year olds to volunteer as ball kids.

It will be a case of first to reply. You need to be a definite lock in for the day. Information needed:

Those who are successful will receive an email with details.

Pre-pre-season summer soccer begins Wednesday 25th of November! All senior (and older junior) players are encouraged to come down to the grounds for a casual game. These games are not limited to TVFC members, all are welcome to join in and have a kick…especially those parents who showed talent in the Players Vs Parent game at this year’s junior presentation!

The game usually starts 6PM to 6:30PM each Wednesday and finishes when you’re too tired to run! 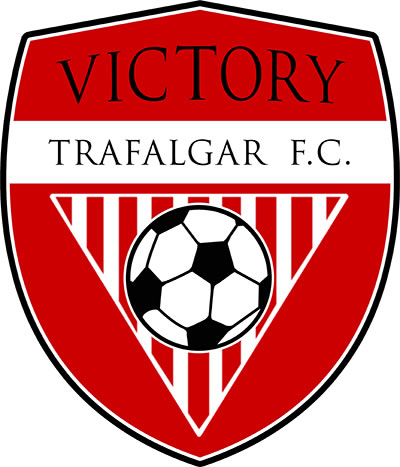 TVFC’s Annual General Meeting is to be held this Friday, the 20th of November. The meeting will be held at the TVFC Clubrooms and begin at 6:30PM.

If you have any concerns or would like to voice an opinion about how the club is run, this is the best forum to do so! TVFC strives to be an inclusive club and values participation from mini-roo, junior and senior members.

While all committee executive positions are up for nomination, the club is particular need of a member to fulfil the position of Treasurer. With long-time Treasurer Peta Matthews stepping down from the position, the club is looking for someone with accounting/book-keeping experience to step up and volunteer/nominate for this role.

We encourage all those currently and prospectively involved with TVFC to attend. We have a number of executive and general committee positions up for election.

Vote now for the Senior and Junior club person of the year:

Cameron is an all round helper at the club. Throughout the season Cameron made himself available before his own training sessions each Thursday to assist in Miniroo sessions, referee on Saturdays at junior games and has helped as a linesman most weeks of the season.

Cameron has stood on the gate and worked numerous hours in the canteen as well as helped volunteer his time to mark fields, setup and pack up each game day. Cameron loves the club and is a friendly, funny, approachable face to all people in it – he gladly gives his time to help wherever needed and always makes himself available for club activities/events.

Michael Judd in addition to being a player in the TVFC Under 14s, has this season also refereed the Under 13 Girls team when required and given up his time to assist in their training.

Michael has been happy to help out and run the line for the TVFC womens matches and more recently dedicated his time to helping out in the setting up of the TVFC 5-A-Side tournament. Michael is only 13 years of age!

Campbell has given hours of his time to TVFC this season. Campbell is a go-to-guy when the club is in need of volunteers and never says no to helping out. In addition to being one of the most dedicated players in the senior men’s list Campbell has shown a dedication to the club off the field.

On multiple occasions Campbell has been happy to the mundane jobs, restocking and cleaning in the canteen to help out. Campbell has also assisted in setup and pack up on game day, refereeing and running lines and is often called in to work behind the bar.

Josh is a player in the U14s boys team. Each Sunday Josh attends the women’s matches to watch his mother and often finds himself running the line for the game and on occasion has been asked to referee.

Josh has also assisted in canteen duties and helped the men’s team on the gate. Josh is always willing to have a go and help out where he can, even when he is unsure of himself Josh has put himself out of his comfort zone to help out his club.

Emma is the canteen coordinator for TVFC but has essentially been a one woman canteen this season. Emma is a mother of 2 children whom play at the club on a Saturday as well as being a woman’s player on a Sunday herself. Emma arrives early at the club for Saturday home games to stock the canteen, then spend hours of her day serving whilst her children play. On alternate Sundays Emma will play in her own match then again spend the entire day behind the canteen helping out whilst the senior and reserves matches are on.

Behind the scenes Emma puts in a power of work – purchasing, stocking, manning, cleaning and cashing up the canteen. She is always available to volunteer with other club activities and has on numerous occasions assisted in day to day duties such as ground setup, pack up, club meetings and other voluntary activities.

Templar has been a jack of all trades in 2015. Templar spends hours of his time developing and administering the club website, he has on multiple occasions submitted applications for event licenses, printed resources such as business cards and club letterheads and catered for working parties all at his own expense.

In addition to this Templar was the U7s coach for the season, dedicating his Thursday afternoons and Saturday morning to the youngest playing members of TVFC. Templar himself is one of the oldest playing members of the club, starting regularly in the senior line-up each Sunday. Templar is a dedicated volunteer around the club who has assisted in running the club training sessions, fundraisers, refereeing, setup and pack up of fields and everything in between.

Club president Dylan Wyatt has put many hours into TVFC this season. In addition to his presidential duties attending meetings for the GSL and club Dylan has fulfilled the roles of player, part time coach and club volunteer, most weekends Dylan used his day off to either line fields or prepare the club for the weekend’s matches.

After seriously injuring himself early in the season Dylan persisted in playing where he was needed or filled in as a referee and linesman. After his surgery Dylan continued to volunteer his time where he could in the canteen or on the gate. Dylan has worked very hard in the off season in player recruitment for the men’s and women’s teams and coordinates most club efforts.

Shirley Guthrie
Shirley has started a brand new team this season from scratch. In order to do so undertook an FFA coaching course to gain her qualification before visiting every school within 30 kms to speak personally with either the kids or teachers. Shirley gathered enough players to form the club’s first “girls only” junior team and in her first year as coach got the team to the semi-finals.

Matthew Beasley
Matt has been an outstanding contributor to TVFC this season.

Matt has been available to help out wherever possible no matter time or day. There is barely a thing Matt didn’t stick his hand up and do this season. Matt gave away footy this year and spent his Saturdays lining fields and setting up nets. He has refereed the women’s matches in pouring rain, helped out as a linesman multiple times and when injured and unable to play spent entire days on the gate or in the canteen.

Matt volunteered to assist in the IGA BBQ fundraiser, ran stations at the 2 club training sessions and cooked the BBQ. Matt attends all club events, has filled in as a captain for the men’s squad and was available to help whenever required this season.

Ash Klemke
Ash has been extremely helpful this season. Returning to the club after a season off Ash has timetabled his study commitments in Melbourne to accommodate his commitment to TVFC. Each day Ash travels hours into the city for university, waking up at 4:30am some mornings so that he can complete his studies and get home before soccer training. Ash juggles this with tennis coaching commitments also and barely missed a session this season. Often on a Saturday he was one of a small handful of people whom also arrived at the ground to help in line marking and setup despite Saturdays being his only time off in his hectic schedule (which he usually fills with more study).

Wherever Ash is able to help, he does. Often running the line for the mens and womens games, helping in the canteen or on the gate, setting up and packing up the grounds.
The winner shall be announced on Saturday the 24th of October.

Come join us at TVFC to celebrate the end of the 2015 season.

To help cater this event, parents are asked to ‘bring-a-plate’.
Drinks will be available for purchase at our canteen. 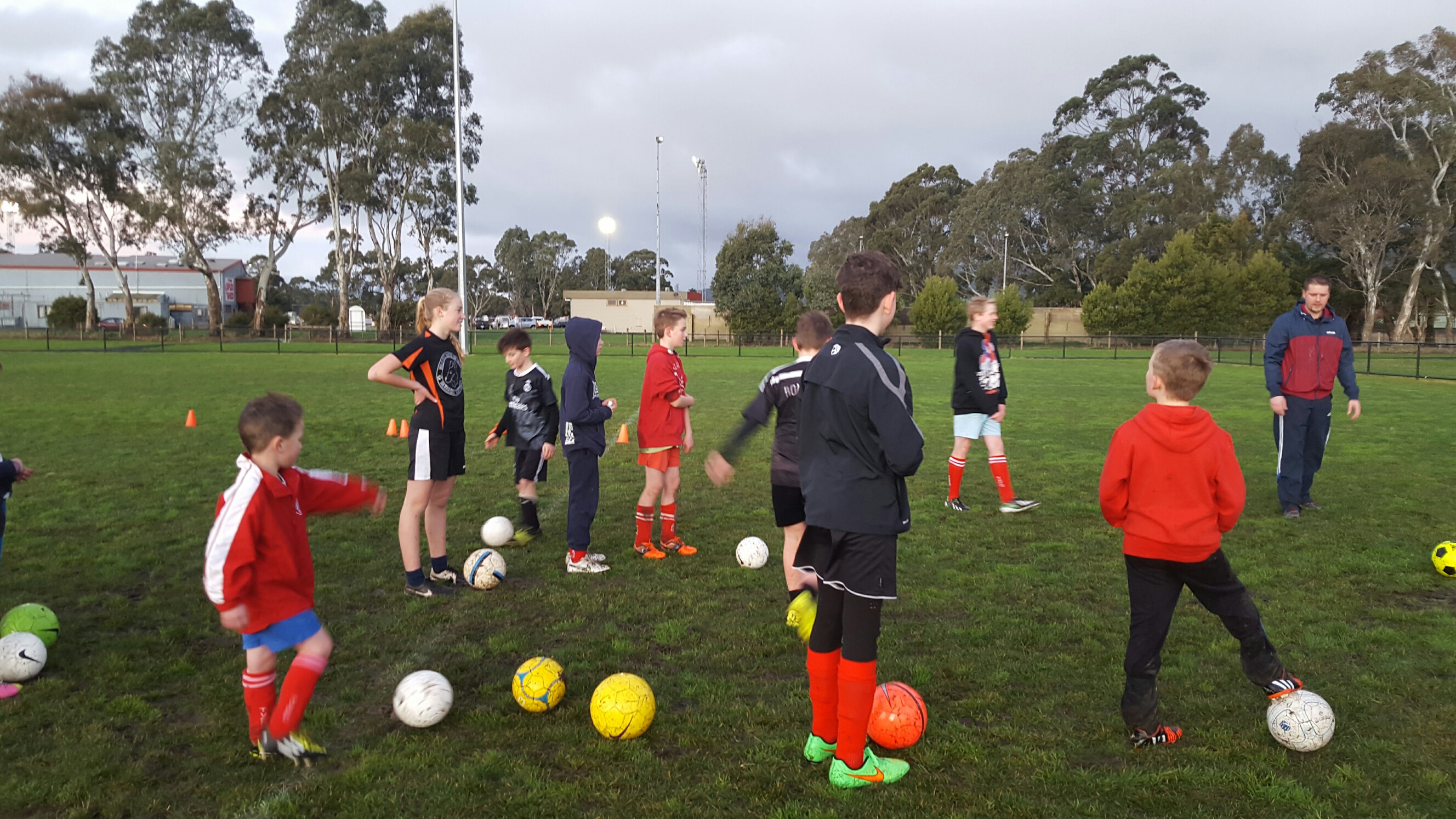 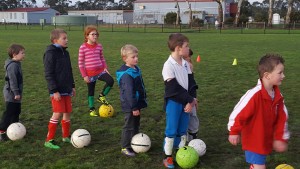 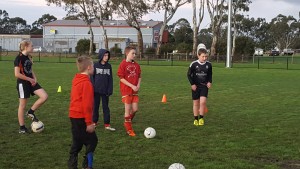 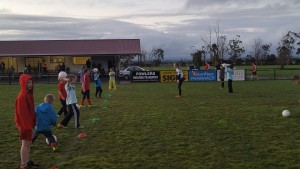 U11 have really grown as a team. It is a great group of kids with many of them developing their skills in soccer to a higher level. The young team has a respect of the sport often volunteering to play for the opposition to ensure the teams are fair. I am so proud of how far the kids have grown as individuals and as a team. With only a few games left in the season I know this team will kick many more goals. 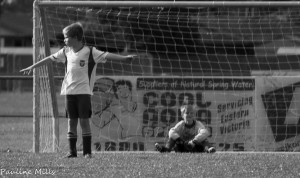 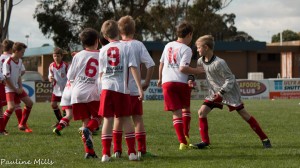 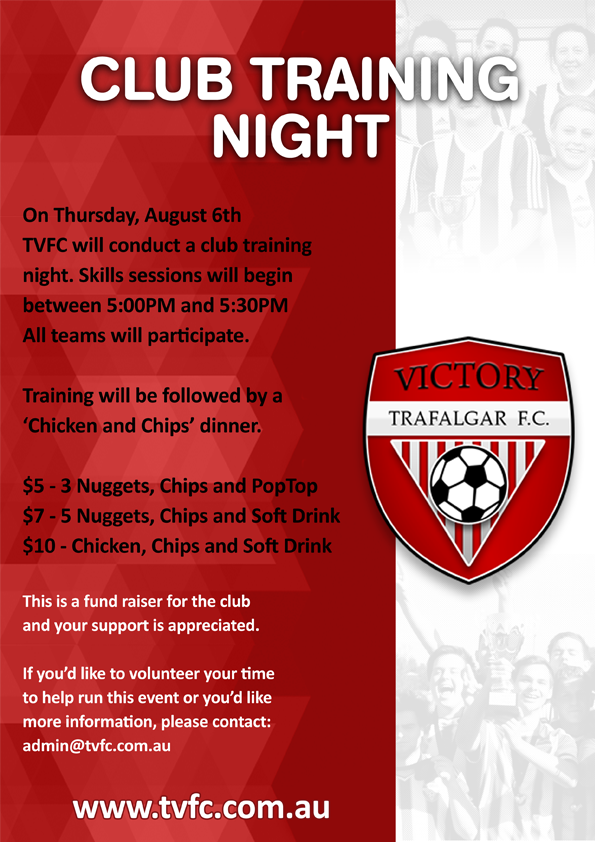 On Thursday, August 6th TVFC will conduct a club training night. Skills sessions will begin
between 5:00PM and 5:30PM. All teams will be participating.

Training will be followed by a ‘Chicken and Chips’ dinner.

This is a fund raiser for the club and your support is appreciated.