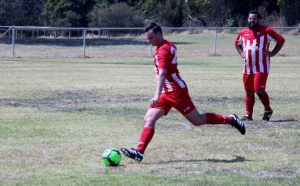 The Trafalgar Victory FC senior men’s squad today journeyed to Monash Reserve to take part in the 2019 KonQa Football Chaos Cup.  This is the first time that TVFC has entered a team in the local preseason event. Numerous teams made the trip to Monash Reserve to battle it our for the title, and with temperatures nearing 40 degrees Celcius, it was  a grueling day’s football.

The match was a somewhat scrappy affair early on, with both teams definitely starting the game in pre-season mode. The Trafalgar team were trialing players in new positions and this was reflected in their ball movement and team play. Despite this, the game was relatively even and it was only a lucky deflection off the wall that wrong footed keeper Aaron to give the match to Croyden 1-0.

The second match of the day was a tight contest with both teams generating scoring opportunities but failing to capitalise.  The youth of Trafalgar Victory was on display and there was much to like about their intensity, fitness and determination. Despite extremely high afternoon temperatures both teams worked hard for the duration of the game as local bragging rights were on the line. Midfielder Dylan Wyatt played well in his first hit out for the season, bringing a genuine contest to the centre of the park. While, defender Michael Byrne was extremely reliable in the back four, spoiling numerous Monash forward advances. By the games end, neither team could crack their opposing defensive structures. TVFC Coach Eamon applauded the team’s tight structural formation and was impressed by the overall effort of the lads.

The final pool match was against Whitehorse, with the winner a chance to progress to the final stage of the tournament. Trafalgar’s midfield dominated the first half of the match, generating numerous scoring opportunities. Aidan Wyatt produced the pass of the day when he delivered a golden opportunity to striker Logan Winter, one on one with the keeper.  Despite Logan’s best attempts the keeper desperately block three successive shots on goal to keep a clean sheet leading into the half time break.

The second half was a genuine arm wrestle with Whitehorse determined to keep with the local Trafalgar team. As the end of the match approached, it looked certain to be a 0-0 scoreline.  However, against the general play, Whitehorse forced and corner in the dying minutes from which they found the back of the net to secure their only win of the day.

At the conclusion of the three pool matches, Trafalgar had failed to qualify for the final stage of the tournament, yet had gained valuable match standard experience.  Coach Eamon had a chance to try several players in a range of new positions.  He also had an opportunity to see how well his young players coped playing against bigger and more experienced opposition. There were many positives for the Trafalgar team to take away from the day’s play, yet many areas to work upon prior to the commencement of the season proper.

Trafalgar Victory FC would like to thank fellow LVSL club, Monash SC, for hosting the event.  It was a great day’s football, enjoyed by all, despite the scorching temperatures.  Trafalgar Victory now lturns its attention to its next practice against South Gippsland powerhouse Phillip Island on Thursday the 7th of March at Trafalgar. 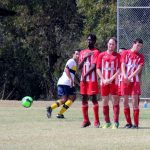 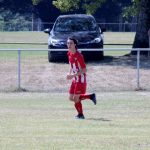 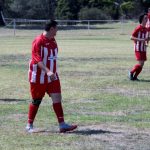 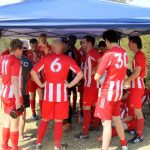 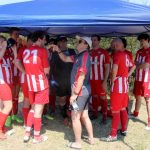 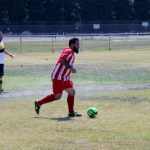 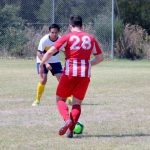 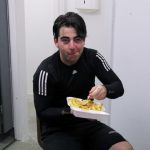 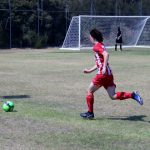 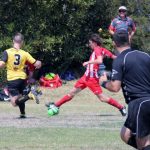 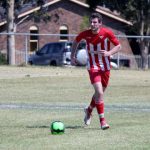 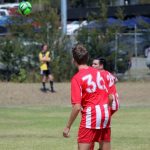 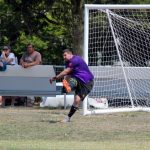 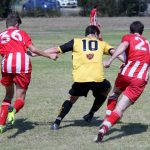 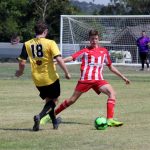 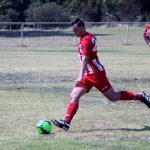