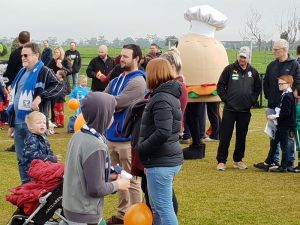 The third, and final, 2019 MiniRoos Gala day to be hosted by Trafalgar Victory FC was held this morning at the Trafalgar Soccer Grounds. It was an excellent morning’s soccer with heaps for the kids to see and plenty to do.

For starters there were more than a dozen matches of entertaining MiniRoos games to enjoy.  Teams for all over the Latrobe Valley took to the pitches and based on what was on show today, there is still a great deal of talent in the local region.  Players from ages 5 to 10 passed, shot, trapped, dribbled, ran, dived and had a ball for over 2 hours of games.

In addition to the fast and furious soccer action on the pitch, Thommy and his team from Melbourne Victory FC made yet another welcomed visit to our club.  The MFVC crew brought with them the hug inflatable soccer “shootout” wall as well as numerous give-aways for the kids. Add to this the appearance of the famous Brendan Burger to entertain the kids and give thousands of high fives and it was a jam packed day’s entertainment.

Just when the day couldn’t get any better a massive steam train came racing past the grounds, blowing its whistle and captivating players, officials and spectator alike. It was a great day at Trafalgar Victory FC and you would he hard pushed to find a child or family who didn’t leave today’s MiniRoos Gala Day satisfied by their morning’s experience.

Trafalgar Victory FC would like to thank the many players and families who made the day’s soccer so enjoyable.  The club would like to especially thank the Melbourne Victory FC team and Brendan Burger for his appearance.  The club is extremely blessed to have so many generous volunteers who look after pitch set up/pack up, canteen preparation/sales/cleanup, coaching of teams and the organisation of our much appreciated visitors on the day.   A special mention goes to Tanya Makins who, as TVFC MiniRoos Coordinator, oversaw the entire day’s proceedings. A job well done Tanya.

Thanks also must be given to the five youth players who gave up their Saturday morning sleep in to officiate as the game leaders from 9:00am – 11:00am today. Well done Hamish Brace, Josh Porter, Monte Rahama, Stuart Beckley and Logan Winter.  It is great to see the youth aged players helping out the MiniRoos teams. Great effort lads. 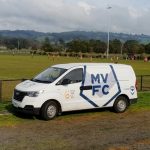 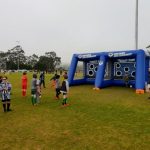 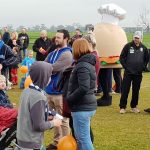 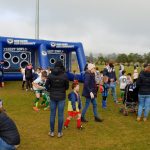 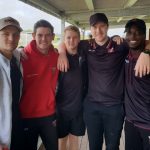