Trafalgar Victory FC has hosted the first round of Latrobe Valley Soccer League MiniRoos action for season 2108.  With so many little kids playing soccer across the Latrobe Valley the competition has been divided into 3 separate hubs.

The day was beautiful and sunny and the atmosphere was one of true excitement for both those returning and new players.  The Trafalgar grounds looked a treat with approximately 180 players and many adoring parents and grandparents coming out to support their little soccer stars. 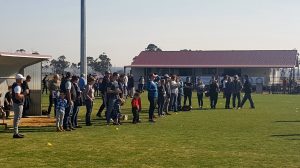 The TVFC carpark was filled to the brim, reinforcing the decision of the shire to add a carpark to the grounds during last year’s season.  This ground is the best playing surface in Gippsland and has a most unique environment to it when filled with soccer players.  It is indeed a spectacular venue from which to watch soccer. 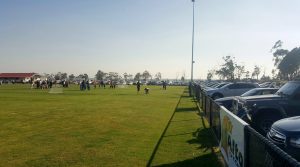 The day was meticulously planned by TVFC MiniRoos Coordinator Tanya Makins who was delighted with how the day unfolded.  Tanya stated “I think it’s been fantastic, the weather is beautiful, we’ve had a good turn out and we had lots of helpers today, so it was great.” Tanya further explained that there is still room for those Trafalgar and district kids who missed the first round to come play MiniRoos at TVFC this season.

Trafalgar Victory FC President, Lachlan Wyatt, was also very happy with the first MiniRoos event for the season. He stated that “the day ran very smoothly and was well organised”. He also added that “hopefully the club could pick up a few more players and that we aimed to field two teams in each age group in the weeks to come.”

Judging by the fun had by the mass of players in attendance for round one the game is very popular in the local region and the MiniRoos small sided pitch model, which utilizes small player numbers to increase individual player involvement, is a winning formula. 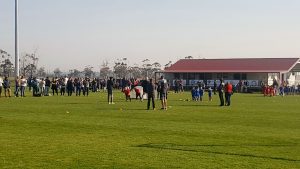 Trafalgar Victory would like to especially thank the Gippsland FC players who volunteered their time to act as match officials on the day.  This is a great initiative and indeed partnership between TVFC and GFC as co-tenants at the Trafalgar soccer grounds. 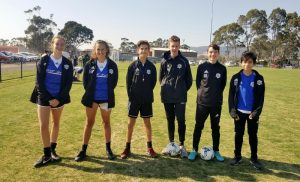 The club would also like to thank the numerous helpers who assisted in both the setup and pack-up of the grounds.  TVFC would also like to thanks those who assisted in the running of the canteen on the day, especially our new canteen coordinator Katrina Alison.  Finally, thank you to Adrien Makins for sourcing the most scrumptious baked goods known to man (or woman).  Great work Adrien!