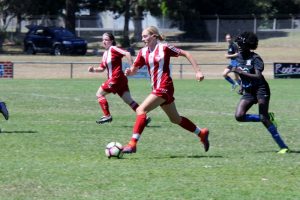 The Trafalgar Victory FC Senior Women have enjoyed a competitive hit out at this year’s Newborough-Yallourn pre-season tournament. The girls played three round robin matches before qualifying for the tournament’s final.

The round results were as follows:

The most impressive aspect of the day was the obvious improvement of women’s football in the LVSL competition.  The standard of ball movement, positional play and skill execution has come a long way in recent years.  All four teams at today’s event were young, fast and fit.  The football was great to watch and those who came to support the event were thoroughly entertained and indeed impressed by matches played.

All teams are to be congratulated for their endeavors, especially given the extremely hot conditions.  By the time of the final, which was played in the heat of the day at 3:00pm, all players were just about spent. Despite this Trafalgar and Fortuna battled it out in the day’s grand final.  Fortuna scored an early goal courtesy of a brilliant long range shot and whilst there were several attacking advances from both teams the score remained 1-0 for the remainder of the match.

Fortuna deserved the win and were, to be honest, the stronger of the teams at this early stage of the season.  However, there was much to like about the Trafalgar Women’s performance on the day.  They have uncovered yet another young star in Hannah who absolutely owned her wing all day.  Hinesy continued to entertain the crowd and her team mates with her mastery and skill and keeper Kaitlin made some amazing saves to stake her claim as the teams goal keeper early in the season.

Stand in Coach Lachy Wyatt did a great job stepping in for Tony Wyatt who had other commitments on the day.  He will have plenty of positives to pass onto Tony following a great day’s football.

The Trafalgar Senior Women’s team will launch into the season proper in only a couple of weeks and based on today’s performance the team should approach the new season with a great deal of optimism and expectation. 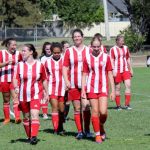 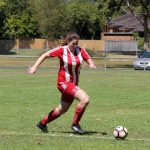 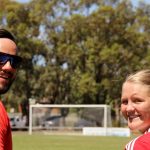 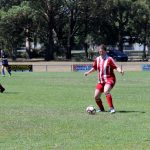 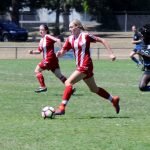 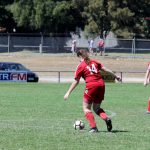 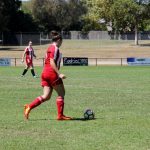 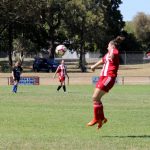