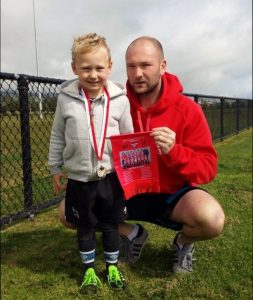 Michael Byrne has been nominated for the 2018 TVFC Senior Club Person of the Year Award.

Mick has done a tremendous amount of work this year at both senior and junior level. He has bought many sponsors to the club, assisted with organising grants for heating for the club rooms, organised signage, designed our honour board and has been involved with a lot of maintenance projects throughout the year. Mick has also organised and facilitated numerous meetings with local government and the Latrobe Valley Authority.

Michael has also contributed a great deal of his time to Miniroos program throughout the season. Not only by coaching, but also by helping with organised events including our home gala days, movie night and mini gala night.

Michael has also made a significant contribution to the senior group including organising the “Big Daddy” award aimed at improving the culture and comradery around the club, doing the gate and canteen roster each week, assisting to organise events among other things.