TVFC Under 16 Boys Round 1 Match Report 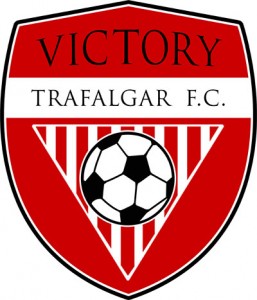 The start of every season brings with it considerable excitement, expectation and some level of uncertainty. No team is ever quite sure how they will stack up in the season proper, regardless of how hard they train in the pre-season.  So when the Trafalgar Victory FC Under 16 Boys took to the pitch against Sale United Green, players, coach and parents weren’t quite sure how their team would perform.

From the onset of the game it was clear that the Trafalgar team looked the goods.  The ball was being moved effectively, the defensive unit was compact and the lads looked extremely dangerous when in attack.  The team held its structure well and were making good choices both in attack and defence.

It didn’t take long for Logan Winter to open his season account.  At the thirteenth minute mark of the match Logan had his first goal and by the sixteenth he had scored his second.  Jacob Holmes then joined the list of goals scorers with a classy finish from the top of the box.  Yet another season of indoor futsal has even further sharpened Jacob’s touch and goal scoring prowess.  At half time the score line read Trafalgar 3, Sale 0.

The second half of the match was very similar to the first.  The backline was rock solid with Stuart Beckley and Lachlan Smith in total control.  Both boys provided an impenetrable wall across the top of the box and delivered explosive ball movement to the midfield.  The midfield linked beautifully with both the backline and strikers and made excellent movement all game long around the ground.  Toby Budd, Michael Judd, Hamish Brace and Kai Kondo controlled the middle of the park and supplied the strikers with quality ball.

New striker Calum Stewart played an excellent first game wearing the red and white.  His addition to the striking line up added another dimension of goal scoring and team work.  Some of his service and passing to his new team mates had to be seen to be believed.  At the sixtieth mark of the match Calum scored his first goal for the Victory and was congratulated thoroughly by his new team mates.  A third goal by Logan, three minutes later, put the game out of reach for Sale and guaranteed the home team three valuable points.  The third goal of the half and sixth of the match was put away by Jacob Holmes when he followed up a strike on goal by Nic Tammes.

When the final whistle was blown Trafalgar had earned a comprehensive 6-0 victory.  Coach Mark was delighted with the ball movement and excellent team work.  The TVFC supporters present thoroughly enjoyed the match and left the game with much hope and expectation for the season ahead.