Trafalgar Victory FC is delighted to have four of its boys representing the club as members of the Latrobe Valley Soccer League’s teams for this weekend’s Victorian Country Championships.  The LVSL squads are playing this weekend in Traralgon and Morwell as the LVSL hosts the junior state championships over this long weekend.

The club wishes to congratulate LVSL Under 11 representatives Ayden Burke and Rielly Jean.  As well as Under 16 representatives Logan Winter and Calum Stewart.  The boys had to undergo tryouts several weeks ago before being selected for their respective squads. Once selected the lads had a six week period to train with players from across the Latrobe Valley to form what is hopefully the state’s best country regional soccer teams.

All four boys will play several matches on Saturday the 10th of June and back this up again on Sunday the 11th of June. If the teams rank high enough in their pool they will be in action again on Monday the 12th of June for both the semi and grand final of the Victorian State Championships.

Whilst the competition is fierce, the LVSL teams performed well last year in their inaugural championship and expectation is high for all teams.  All at TVFC wish the LVSL teams the very best over this weekend, but we will particularly keep an eye on both the Under 11 Boys and Under 16 Boys teams as our local players take on the best players country Victoria has to offer.  Good luck TVFC representatives. 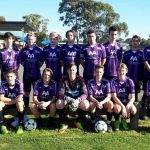 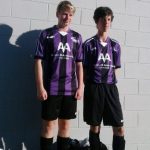 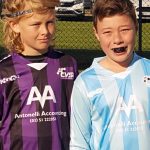 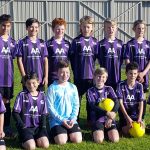