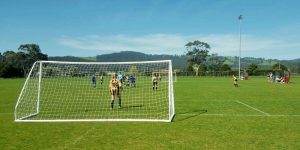 The 2017 TVFC 5-A-Side has been run and won over the weekend.  This year’s tournament consisted of three divisions, being: Open Men’s, Open Women’s & Intermediate. Despite having lower than expected team entries the day’s soccer was superb and participants had a full day’s soccer to enjoy.

The Trafalgar Victory home ground looked a picture and was bathed in sunlight for the entire day.  Definitely the best weather the tournament has experienced over its ten year history.

At the completion of the round robin stage of the competition the top two teams from each division progressed to the Grand Final.  This year’s contenders were as follows:

All three finals were closely fought affairs with two of the three grand finals being pushed into extra time to establish an eventual champion. The Open Men’s Grand Final was decided in the final seconds of extra time with Lachy & the Others scoring their 5th goal of the game to win the division 5-4 against their Trafalgar based opponents.

In the Open Women’s Grand Final it was Fonash who reversed their pool results against Trafalgar 10’s to run out winners 2-1 in a close and entertaining match.

Shields and medallions were presented by TVFC President Lachlan Wyatt to the victorious teams.  Lachlan thanked those present for their support and encouraged all to be involved in next year’s tournament. 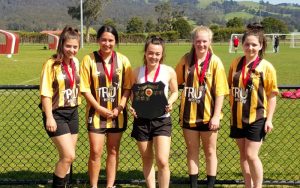 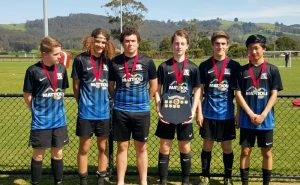 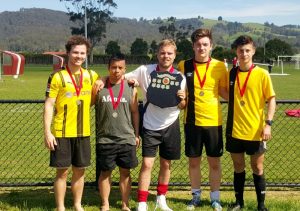 Trafalgar Victory FC would like to thank all teams for participating.  The club also wishes to offer it thanks to the volunteers who worked all Saturday to prepare the grounds and facilities, particularly to Greg Wyatt, Dylan Wyatt, Shirley Guthrie, Caycee Tatterson, Chloe Allison, Katrina Allison and yours truly.

Trafalgar Victory also thanks the four LVSL referees who officiated on the day and those TVFC players who assisted in the pack up at the end of the day.  A huge thanks to Chloe and Katrina Allison for their work in the canteen for the entire tournament.  Finally, TVFC wishes to thank the LVSL for endorsing and promoting this year’s tournament and Gary Blackwood MP for his ongoing support of this community based event. 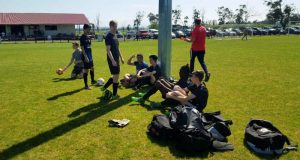 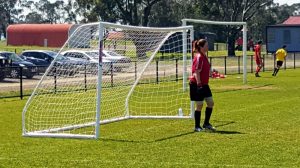 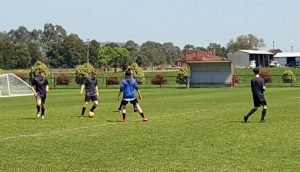