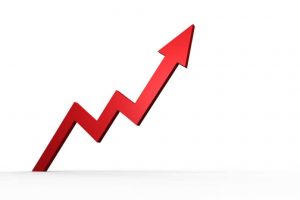 The first two months of the 2017 soccer season has been quite challenging for the TVFC Committee.  With less than two weeks before the season kick off our then president left the club and there were no forth coming candidates for several important roles within the club, namely Vice-President and MiniRoos Coordinator.

Accordingly the commencement of the season, registration of players, purchase of balls and training equipment, correspondence with the league, negotiations with Gippsland FC (our co-tenant) and negotiations with Baw Baw Shire was left to an extremely small number of people.  The committee would be the first to admit that the season start was rushed and the management of the club was often reactionary.  However, with so few people doing so much, the then committee did all it could given its available resources.

In the last fortnight there have been numerous actions carried out by the committee and it is indeed all systems go.  A fortnight ago representatives from the committee met with the Baw Baw Shire Councillors from the East Ward (Cr Peter Kostos, Cr Darren Wallace & Cr Michael Leaney) as well as Gary Blackwood MP to discuss important and essential capital work projects.  These include a new change room and shower facility and additional lighting upon the west side pitch.

Last week the committee called a meeting with all TVFC coaches, including MiniRoos, Juniors and Seniors.  The aim of this meeting was to find out “What is working well?, What could be done better? and how the TVFC committee could better support its coaches?”.  It is worth keeping in mind that four of the six current MiniRoos/Junior coaches are either in their first or second year of coaching and will need some time to grow into the role.

Last week, works commenced upon the construction of the soccer ground’s long awaited carpark, much to delight of the committee and members alike.  Even opposition players will be suitably impressed with this news.

The MiniRoos coaches are now meeting fortnightly to support one another, to share ideas, to address any questions raised by the youngest families in our club and to offer the very best MiniRoos experience possible.  This is a most positive initiative set up by new MiniRoos Coordinator Shirley Guthrie.

MiniRoos parent, Stuart Lister, has taken it upon himself to head up a team to oversee TVFC fundraising for season 2017. Stuart has already started putting together a major raffle for the club. His energies and ideas are most welcomed by all on the committee.

One of the most important developments at the club is that just yesterday we registered our 150th player for the season.  This is the second best registration numbers in the history of our club, beaten only by our first season at our new grounds back in 2012. So despite numerous setbacks at the start of the season, TVFC is indeed moving in the right direction.

Finally, I ask all TVFC members to remember that committee members and coaches are volunteers and give of their time willingly for the benefit of the club.  There is a huge amount of work undertaken by our volunteers, much of which isn’t known to most club members.  Whilst we always appreciate feedback and welcome suggestions of improvement, the committee respectfully asks that all TVFC members consider the voluntary nature of a community club before being too critical.