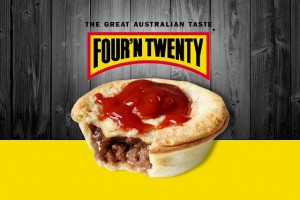 Trafalgar Victory’s very own Logan Winter has won the TRFM “Junior Sports Star Award”.  He was nominated for the weekly award by his older brother.  Logan has been playing at TVFC for two seasons now and is an extremely talented player who has enjoyed both personal and team success.  Last season at the age of only 14, Logan played many games in the Reserves team and even scored a match winning goal in one game.

Each week the local radio station selects a junior sports star and their sporting club to win a prize of four boxes of delicious Four N Twenty pies!  TVFC can now either sell the pies to make some much needed money for the club or may chose to hold a junior pie night.  Perhaps Logan can decide how he would like his pies used at the club.

Trafalgar Victory FC would like to thank Logan, his brother as well as the award sponsors Patties Foods, Four N Twenty and TRFM Gippsland 1242.