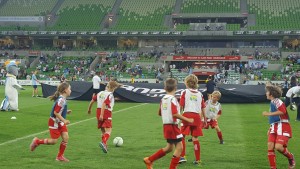 Trafalgar Victory FC miniroos players were once again given the opportunity from Melbourne City FC to play at AAMI Park over the summer break.  The kids traveled to Melbourne on two occasions this season (27th December and 6th January). The players involved were able to play on the ground that the A League players play on and see themselves on the big screen.

This is the seventh year that Trafalgar players, in affiliation with Melbourne City FC, have participated. It is a great atmosphere for everyone that goes along. Players and parents described it as ‘exhilarating, great fun, inspiring for players’. All of the players that came to Melbourne to participate said they can not wait until soccer season starts.

Trafalgar Victory have established a great partnership with Melbourne City and our MiniRoos Coordinator, Kara Kimberley, has provided our youngest players with every opportunity to be part of our national league’s very best.  Congratulations to the kids that represented TVFC and sincere thanks to Kara for her planning and organisation of these events. 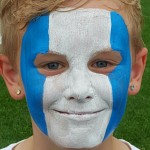 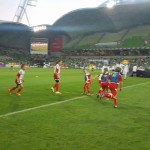 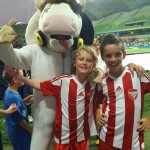 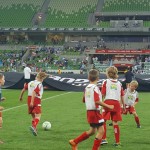