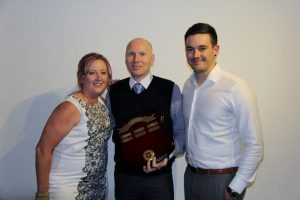 The following valued TVFC volunteers have been nominated for the 2017 Senior Club Person Award.  Please taken a few minutes to read over their contributions before voting via the link below.  Voting closes on Saturday the 7th of October, at midday.  The nominees are as follows:

Katrina came to the club in extremely fortunate timing. When the club frantically searched for a new club secretary, Katrina stepped up and has embraced the role truly. This year Katrina’s daughter Chloe was not able to participate in a TVFC side due to the changes in her age division, Chloe had to participate as a Moe Utd player for the season. Despite this, Katrina still stuck with TVFC as secretary, managing all of the clubs correspondence, she took on the role of senior league delegate, taking time out of her  life every month to drive to important league meetings to represent Trafalgar at the senior level. Katrina is available for club fundraisers and volunteers her time to TVFC regularly, for a parent without a child actively playing at the club – her contributions to the TVFC have been outstanding.

Raelene has served TVFC extremely, well yet again, as the club’s Treasurer.  She is a most dedicated volunteer who regularly goes the extra mile to ensure the smooth running of the club.  Raelene oversees the management and prompt payment of bills and invoices.  She provides detailed financial breakdowns at each and every monthly committee meetings.  Raelene manages the weekly need for floats for both the junior and senior games.  In addition to her management of the club’s finances, Raelene also manages the purchase, collection and delivery of all canteen stock. Whilst not the official canteen manager, Raelene has invested hours on a weekly basis to ensure the canteen functions and brings in much needed revenue. On junior game days Raelene is often working in canteen as well. Another superb season of service to her club.

Shirley has this year been a member of the TVFC Committee and taken on the new role of MiniRoos Coordinator and Under 10 Coach.  In addition to her training and game day commitments with the Senior Women’s team, Shirley invests considerable time in the management of the MiniRoos program at TVFC.  She has overseen the delivery of two major MiniRoos game days at the club and has held monthly meetings with the MiniRoos team coaches and managers.  She has managed the communication with 60 of the club’s youngest members most effectively and her team of coaches have worked seamlessly to deliver a quality MiniRoos program at TVFC.  As a coach of the Under 10s, Shirley has delivered an excellent coaching program which has greatly developed the skills and decision making of the players in her team. Another great servant of the club.

Mark has had another year of outstanding contributions to TVFC. A long serving member of the club, Mark this year yet again took on a coaching role, taking the U16s boys to a semi-final against the eventual competition champions. Mark holds an executive committee position as Vice President, he doubles as the junior coordinator and also looks after club registrations as the club registrar. Mark assist in all club events and champions the Junior start up day, 5-A-Side Tournament, Xmas tree sales and all club trainings. In addition to his coach, coordinator and parent role, Mark often watches  the senior women’s and men’s sides on a Sunday, writes most of the clubs Facebook and website content.

Angela is new and vibrant member of the TVFC community. She is a dedicated member of the Senior Women’s team. In her first year at the club Angela has taken on the role of Under 10s assistant coach.  Despite having no children in the team, Angela has assisted in the running of training twice a week and attended numerous early Saturday game days.  This all on top of her own team training and game day commitments.

Claudia is a TVFC women’s player. She is a new committee member this year, canteen coordinator and often helps out the club in anyway she can. Although she lives in Melbourne, she often makes sure the jobs she is in charge of are done. Every home game, she is in the canteen before her game which means she’s often there at 9:30am, and after. Sometimes doesn’t leave til 5pm.

Dylan has been a long serving and dedicated volunteer at TVFC for many years now.  Up until this season Dylan has lead the club as Club President.  However, this year due to work in Melbourne and a great opportunity to join the Latrobe Valley Soccer League Board, Dylan has taken a step back at the committee level.  However, Dylan still plays for the TVFC Senior Men and has this year served the club well as the Senior Coordinator.  He has overseen communication and weekly management of the senior aged teams and liaised with both the Men’s and Women’s Coaches.  Dylan was also instrumental in the securing of sponsorship from The Courthouse Restaurant (Warragul). TVFC is grateful for Dylan’s ongoing commitment to the club.

Lachlan has been a committee member at TVFC for several years now.  However this is his first season as Club President.  He selflessly took on the role which was suddenly vacated at the start of the season.  The entire club owes a great deal to Lachlan for taking on this role when no-one else would. As Club President, Lachlan represent the club at both Latrobe Valley Soccer League meetings and Trafalgar Recreation Precinct meetings.  He liaises with Baw Baw Shire to improve the club’s facilities, such as the new carpark.  Lachlan does a great deal the scenes that many would not be aware of.  For example he is in regular contact with numerous groups to investigate funding options for a new change room facility.  In additio to his presidential duties, Lachlan has marked the grounds throughout the year.  He attends many home junior matches and is very supportive of players and coaches alike.  Lachlan also plays as the goal keeper for both the Men’s Reserves and Seniors, regularly playing two matches each Sunday.

Please use the below link to vote for your Senior Club Person for season 2017.