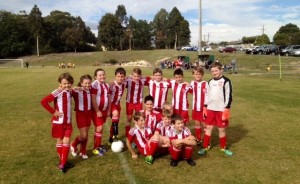 Traf U10’s have been making excellent progress this season with 3 wins out of 4 matches already under their belts.

Our first match against Moe was our initial defeat against a solid team but we took several things away from that game and learnt from the experience.  Our next match was under lights against Monash where we won 4-0, striker James claimed 2 of the goals with our other two from Braedon and Riley.  James was itching to go back on and attempt a hat trick but graciously gave way to allow our ever-growing team equal playing time on the field. Our team had developed some great skills at moving forward and crossing the ball. And our strong defence with Drew, Beau, Noah and Addison. In this instance Charlie was invaluable in goal and has proved a reliable goalie ever since.  After that we had a BYE so there was plenty of time to hone our skills in the midfield and practise our passing skills

This hard work paid off in our match against Fortuna, which was a true Traf Victory with the final score being 8-1. In this game Riley scored a hat trick, James scored again working with Heath, Logan, Braedon and Rhys to cross the ball effectively to one another and increase our score. Our mid-fielders, Will, Ava and Lillee, were excellent at keeping the ball forward and pushing it forward to our strikers and again our defence were excellent at keeping the ball out of the danger zone. Will also took a turn in goal swapping with our regular goalie, Charlie.

Our most recent match was played this week against Monash. During the first half we switched players around to give them a feel of playing in different positions, even here though they played exceptionally well and proved that it is not where you play but how you work as a team that is really important.

James’ determination paid off and he finally got his elusive hat trick. Another show of brilliant determination coming from Braedon, who fought through the Monash defence and despite several tackles and injuries managed to keep going and score a goal. Lillee took the goalie gloves for the second half of the game and managed to keep a clean sheet ensuring that no goals were conceded that day. The final score was 5-0.

I am really impressed at the way the team play, the way they strive to improve and the support they give each other on game days, playing as a team, not as individuals. I would also like to thank, Logan’s dad, John for referring the games that has allowed me to coach the team from the sidelines. Thanks too for all the parents who have volunteered to wash shirts, make oranges, help warm-ups on game days and cheer for the whole team. Your support to our awesome team is invaluable.

So far awards have been given out to: Heath, Noah, Charlie, Logan, Riley and Drew and in our most recent game, James and Braedon. 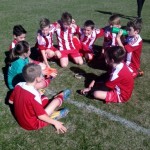 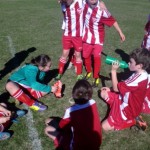 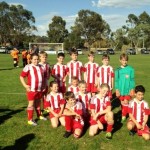 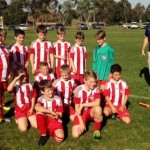 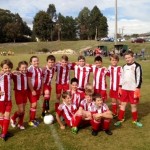 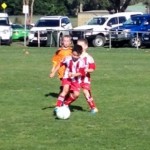 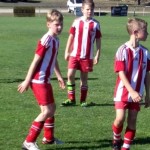