Despite cold and wet weather, the 2016 TVFC Junior Presentation was a fabulous day of celebration and fun for all in attendance. Numbers on the day were down slightly with the several players and their families away on holidays.  However the day was extremely well organised and full of considerable excitement.  All players were recognised for their season of play and contributions to the club.

Each TVFC MiniRoo player received a medallion as well as their team pennant.  Whilst juniors players also received team pennants and individual trophies.

The junior awards presented were as follows:

Following the presentation of each team and players, kids and parents alike took to the pitch as part of the annual “kids versus parents” match. Maybe it was the inclement weather, or juts the lovely lunch, but the parents were low in numbers this year.  Accordingly, it became a girls and parents versus the boys.

The match was very skilled and thrilling to watch.  What the parents lacked in skill they made up for in heart and it must be said, entertainment.  There were goals a plenty and as always with an intra-club match the game was decided on penalties.

The match capped off a magnificent day’s celebration.  One that surely will see the Trafalgar young players wanting more come registration in February 2017.

Congratulations to the organising committee, ably lead by MiniRoos Coordinator Kara Kimberley. It was indeed an excellent day for players, families and the club. 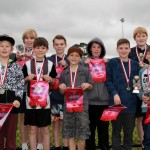 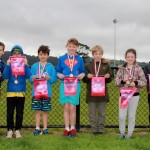 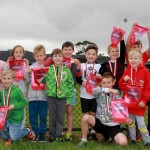 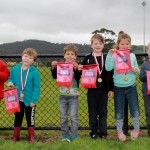 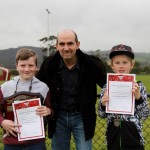 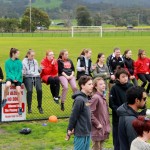 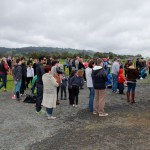 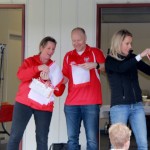