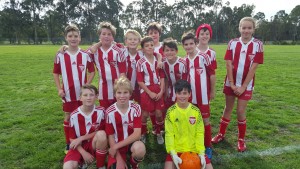 Falcons vs Trafalgar. It was a tough game.  Having two players come off the pitch with injuries and many close calls in the game. Trafalgar players had to play hard but not to get injured pulled up second half. Giving it their all even though  the odds were against them they keep fighting on. Thankyou Allyssa for joining our team this week playing amongst the boys. Allyssa was given the award this week after coming off the pitch at the end of the game still smiling. She held her own against the tough competition and ran her heart out along with the rest of the team.  Very proud of this group. Well done.