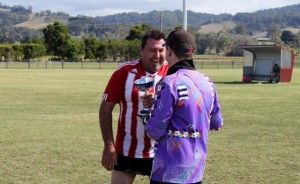 The 2016 Presidents Cup, featuring the President’s XI team and the TVFC Legends team, was first played as part of the club’s 20th year anniversary last season.  The match was a concept created by TVFC President Dylan Wyatt, and named accordingly.  With last year’s event being such a hit with past and present players alike, it was decided to make the game an annual part of the fixture.

This year’s match was yet again a high scoring affair and the referee’s cards were out before the ball had even been kicked.  Controversial legend player and TVFC life member Brian Mathews quite rightfully was awarded a yellow card, from match referee Templar Hankinson, for starting the match wearing a Hawaiian shirt and what can only be described as an Australia Day hat. With no team strip or player number he was very fortunate to stay on the park.

With Brian’s name in the refs book and after a little bit of argy bargy, the match was underway.  The initial five minutes of play was explosive, skilful and scintillating.  Then the temperature and realisation of one’s age appeared to kick in, as players slowed the pace and were much more selective of their runs down the ground.

As was the case in last year’s match it was definitely a game for the forwards with numerous shots on goal being fired at both ends of the ground.  However, to the surprise of many spectators it was the Legends who owned the first half, scoring 5 (or 4 goals – depending on your interpretation of “Offside”) to the much fancied President’s X1 one solitary goal.

President’s XI scored through Cameron Wyatt from inside the box, following a nicely controlled build up, resulting in a squared pass from Rudy Garcia.  The Legends goal scorers were plentiful.  Matt Beasley took advantage of an opportunity presented to him deep following a scramble in the box.  Then Johnny Pisa scored twice.  The first from a “questionable” (10m offside position, according to opposition players) location, following a great pass from Lachlan Wyatt, that was “conveniently missed by referee Templar (again, according to opposition players).  The second was courtesy of a Rudy Garcia back pass that went wrong.

Andrea Bennemann joined the goal fest when he intercepted a throw in and chipped the goal keeper from 35 yards out, a most impressive goal. Then right on the half time whistle David Platschinda, Mr golden boots himself, scored what was believed by most watching as the goal of the day.  Having barely touched the ball all day, Davo made sure of his one scoring opportunity of the half when he got on the end of some glorious ball movement and with one touch, half volleyed the ball into the top right inside net.   A quality goal at any level of football, but an absolute beauty for the one match a year player Platschinda.  Half time score 5-1 in favour of the Legends.

With the motivating half time address of Dylan Wyatt and Brian Farmer still ringing in their ears, the President’s XI took to the pitch to turn the match around.  Unfortunately the message was lost on rugged defender Caycee Tatterson who couldn’t help but dish out some “rough stuff” to the fleet of foot James Axe.  The free was awarded just at the top of the 18 yard box.  Keeper Dylan Wyatt set his wall and the Legends team executed a very well rehearsed free kick.  Effectively the shot was converted by James Axe following, what was from memory, approximately 9 or 10 dummy runs.  The lead now was out to 6-1 the Legends way.

Drastic circumstances call for drastic action.  Unbeknown to the Legends’s or substitute referee Mark Judd, the President’s XI one by one added their entire bench onto the ground for the remainder of the match.  The 16 versus 11 competition made for a much more competitive match with goals being scored with apparent ease.

All of a sudden there were free strikers everywhere.  Goals soon came flooding in.  First it was Rudy Garcia, then Brian Farmer, followed by Nick Wieman.  The Legends look shaking in the final 5 minutes and were much more concerned about when the game was ending rather than scoring themselves.  However the older team held on comfortably to record a convincing 6-4 victory.

Highlights of the day included;

Jamie was awarded the Dylan Wyatt medal for best afield following a superb display with the gloves, saving numerous quality shots on goal.

Once again the event was a massive success.  TVFC wished to thank all who organised, played and supported this year’s President’s Cup.  The boys really enjoyed the match as well as a BBQ a few drinks and a great social catch up.

For those players who enjoyed the match and were able to walk the next day, TVFC encourages you to consider putting on the boots for our 2nd division team.  This level of competition is quite social and doesn’t require the training commitment asked of senior and reserve players. 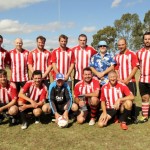 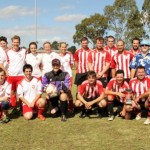 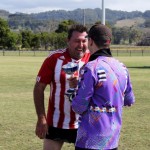 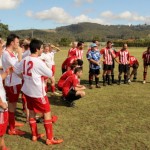 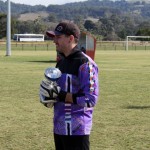 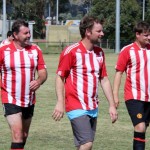 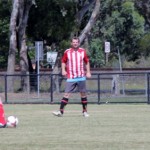 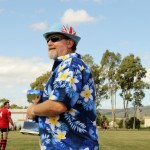 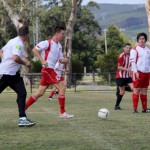 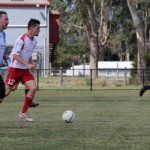 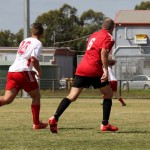 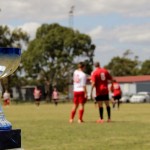 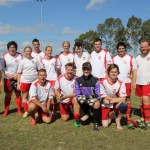