Both the Trafalgar Victory FC Under 13 Girls and Under 14 Boys are travelling well as we turn towards the second half of the 2015 season.  Both teams are newly formed and both have demonstrated considerable improvement from the first round of matches.  Similarly, both teams are positioned in the middle of their respective ladders and looking to climb positions as we fast approach the finals.

On the track every Tuesday and Thursday, the TVFC juniors train well week in and week out, eager to take on advice and improve.  Coaches Shirley Guthrie and Mark Judd are delighted with the progress shown to date and both have a great deal of enthusiasm and optimism about their respective squads.

To “mix things up a bit” the two teams enjoyed a pizza night following last Thursday’s (9th July) training session.  The joined meal proved a real hit amongst players, siblings and parents in attendance.  The evening was organised by both team coaches and the pizza supplied an delivered by Opal Pizzas of Moe (at a very reasonable price it must be said).

It wass enjoyable to see a great group of kids socialise and enjoy one anothers company whilst sharing a meal. If this is a snapshot of the future of Trafalgar Victory FC, then as a club we are most definitely heading in the right direction.

Following the “mix it up” approach, the two teams have decided to enjoy a head-band training themed session next Thursday (16th July).  So kids remember to put on your head-bands at next week’s Thursday training session. 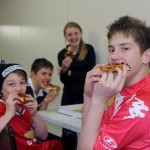 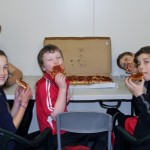 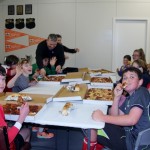 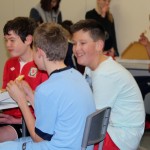 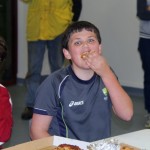 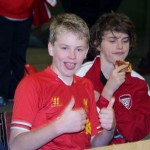 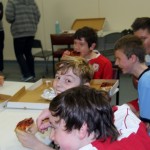 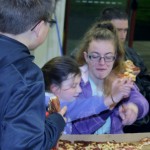 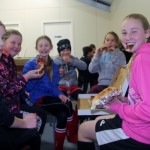