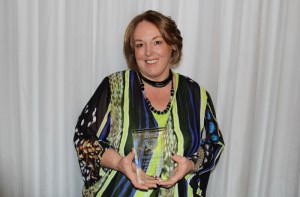 At next month’s AGM Peta-marie Mathews will be stepping down as Trafalgar Victories treasurer and as a committee member.  This is a significant event in the club’s history as Peta has been a member of the executive committee for numerous years now. During her 15 year association with the club she has made a major contribution towards its growth, development and its financial security.

When Brian and Peta came to Trafalgar in 2001 they increased the number of junior soccer players at the club by four and both commenced an era of dedication and loyal service that would span over the next decade and beyond.

Peta’s first major contribution was to work in the canteen at juniors games.  However, it wasn’t long before Peta was opening and manning then canteen for both junior and senior matches. Often when none of her children were even playing.

When the club moved to the TRP, Peta would arrive at the grounds at 7am to set up her own pergola and the club’s BBQ.  Whilst Peta has less to do on junior game days in recent times she has been a canteen volunteer for some 15 years.

Once Peta finished her time as the Scouts secretary she made the transition to the TVFC Committee.  In her early days upon the committee Peta would write up newsletters.  When Stephen and Sue Klemke took long service leave, Peta found herself filling the role of club registrar.

In 2007 Peta took on the role of club treasurer.  At that time the club was in financial trouble and had managed to develop a less than ideal credit history in the local community. It got that bad that on one particular occasion the club needed to ask parents to assist in the payment of trophies.  However, through fundraising, grants and common sense financial management the club eventually made it back into the black. This, in my humble opinion, is one of Peta’s greatest accomplishments while treasurer.  Whilst Peta’s familiar call of “We can’t afford it” often raised the eyes of other committee members.  However, I always knew she had her eye on the bottom line of the financial statement.

Speaking of statements, Peta never once used excel or any software for that matter.  Rather, it was hand written and in the book.  At the end of the day, the dollars were counted for and the club was in good hands.

Peta has also been the go to person for all things trophies and medallions.  She is on a first name basis with the staff from Triangle Trophies and has overseen every trophy and medallion handed out at the club in the past 15 years.  She has also been the “key lady” for all club orders and deliveries.  No one raises an eyebrow when every trophy is correct every year.  But when a mistake is made its big news!

Peta has also been the TVFC rep at the rec precinct committee for the last few years.  This yet again is a thankless and at times frustrating role.  She also represented TVFC as a rep on the Battle of Trafalgar Committee for several years.

Peta’s ongoing contribution to our club borders on immeasurable.  The hours of dedication she has invested are staggering.  She has been our treasurer, registrar, debt collector, canteen lady, spokesperson, representative and passionate & dedicated TVFC supporter and all the while raising 4 kids and keeping Brian under control.