The inaugural “President’s Cup” match has been run and won at Trafalgar Victory FC. The match has been in the making for several years now with the concept being well received with players both past and present. Event organiser, Templar Hankinson, was delighted with how the day unfolded and the support given by volunteers and players alike. 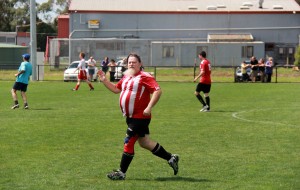 The match was played between a President’s XI versus a Legends team. The President’s XI was selected from across current seniors, reserves and Under 18 aged players. Whilst the Legends team consisted prominently of past players of ages 30+. Whilst it was most definitely a friendly it didn’t take long for the competitive juices to flow. Legend’s player, Geoff Gatt, set the scene when he went past one of the President’s XI players and said “No pressure mate, but you wouldn’t want to lose this one”. Old habits die hard. 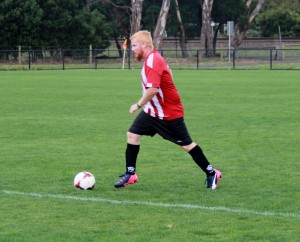 The match proved a hit for players and spectators alike and was very well supported by family and friends from both teams. With a full canteen and barbeque in operation, there was something for everyone.

The match was very entertaining and it was the Legends who opened their account first with the accurate left foot of Luke Dunlop scoring the first of many goals for the afternoon. It was a flashback from the past watching Andre Bennemann putting Luke into space with a lovely pass in the box

The President’s XI replied promptly with a goal of their own to level the score 1-1. This was to be the pattern of the afternoon as both teams exchanged goals in turn. Whilst the temperature was a pleasant 20 degrees, the heat was most definitely on with players giving their all. For many of the Legend players, it was their first kick in several years. Needless to say the Legends interchange was running wild with players simply taking themselves of the ground when needed. 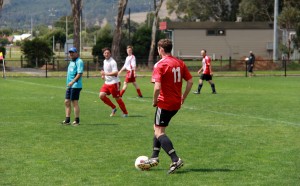 One by one the Legend players came to the bench. The common response from the older warriors was that “my body is fine, but I just can’t breathe”. Clearly fitness and stamina was a key concern for Legend coach Sam Jones.

The match was a great spectacle and entertaining for all present. The President’s XI were expected to run away with the game with superior fitness. However, to their credit the older Legends team kept pace with their young opposition. 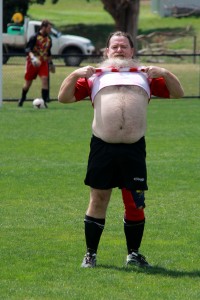 Highlights of the match included:

By the games end all were completely spent but satisfied with the day’s play. The final score was President’s XI 8 – Legends 6. A great days was had by all.The President’s Cup was presented to the winning side and Andre Bennemann was announced as the player of the match as adjudged by match referee Angelo Carpinteri. 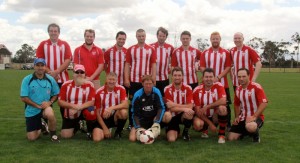