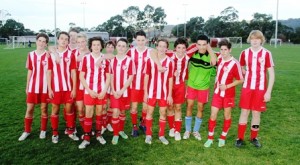 Both club delegates and GSL board members acknowledge that the previous “Youth” division wasn’t facilitating the capturing or development of youth aged players.  Many players aged 16 – 18 were facing up against players between the ages of 20-35.

The new Under 18 competition is aimed at providing a much better and clearer pathway for those players who wish to continue playing post Under 16 competition.

As a result TVFC wishes to advise those Under 16 aged players from this season that there is a new competition being played next season aimed at their age group.  The club is very excited at the prospect of fielding a team in this new competition and strongly encourages players and coaches alike think seriously about entering a team.