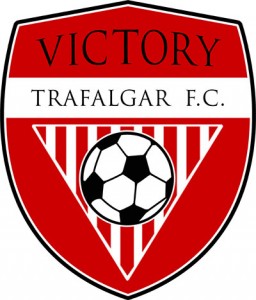 After what can only be described as a tumultuous season, the TVFC Reserves team have finished the home and away season strongly to snatch the league title by one single point from both Korumburra and Mirboo North.  The title is an outstanding result for both the team and the club.

Until recently, the 2014 Reserves season had been memorable for all the wrong reasons.

In the second half of the season the team managed to string together some much needed wins to climb up the league ladder.  By the conclusion of the 2014 home and away season the TVFC team was only a matter of 2 points behind the top placed teams with a “catch up” match yet to be played against Phillip Island.

Despite the club providing Phillip Island with numerous opportunities to play the “catch up” match, the opposition refused to play the match and eventually the GSL stepped in and awarded Trafalgar Victory the points as per the GSL Rules of Competition.  Accordingly, the TVFC Reserves have taken out the League Title only as recent as today.  Whilst the team would certainly have preferred to have secured the much needed 3 points on the pitch, all are delighted with today’s announcement.

All at TVFC congratulate the team upon their success and wish them the best for the upcoming final series.