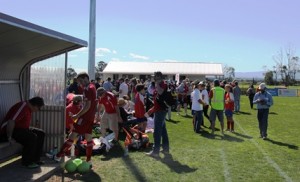 Trafalgar Victory FC has hosted its first GSL grand final day.  In an historic day for the young club, TVFC played host to teams from Wonthaggi, Phillip Island, Drouin and Korumburra for the biggest matches of the season.

The weather was magnificent and the grounds looked a picture.  Numerous TVFC volunteers had worked hard on the grounds and facilities throughout the week and everything was considered to ensure the day was a success.  From the purchasing of a new chip fryer to the painting of the clubs name on the grounds everything was well planned.

Whilst the main attention was focussed upon the action on the pitch, there was plenty happening around the canteen and bar.  For the first time in the club’s history a liquor licence was purchased and sales made at the conclusion of the final junior match.  This proved a hit with the adults during the later afternoon. 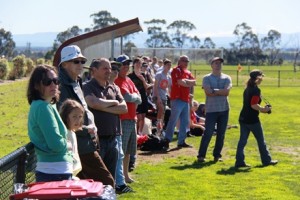 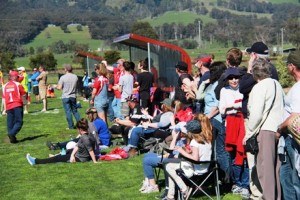 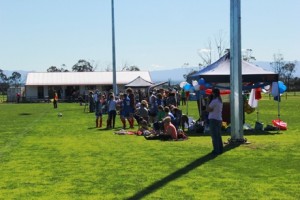 Numerous members of visiting clubs complemented Trafalgar upon the running of the event and of course upon the pitches.  So many volunteers worked so hard today it was a really united and impressive effort.  In the words of one committee member “It was great for other South Gippsland clubs to see the best of our club and our hospitality.”

In many ways it was a coming of age for our club as we demonstrated that we can run important days well and do deserve the opportunity to host events such as GSL finals.  The TVFC committee would like to thank the numerous volunteers who gave so willingly of their time to make today a huge success.