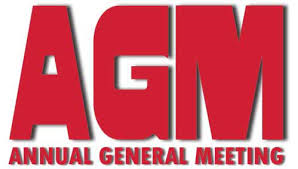 The 2014 AGM will be held on Wednesday 12th of November, starting at 7:00pm, at Café Obsession.  The current TVFC Committee encourages all members to come along and learn more about their club and its future direction.

At this year’s AGM the club will be seeking nominations for the executive positions of club secretary and club treasurer.  The club also hopes to gain additional general committee members, as well as people willing to join sub-committees such as social events and fundraising.

Important reports will be made at this year’s AGM, including:

Financial reportThe club is keen to recruit new committee members and we ask all TVFC members to consider how you might make a difference at TVFC in 2015 and beyond. We hope to see many at the AGM.All TVFC members are cordially invited to gather with the current TVFC Committee at the Criterion Hotel (Traf Pub) at 6:00pm prior to the AGM. If you would like to attend, please contact Mrs Peta Mathews on 0422 122 278 by no later than Friday the 7th of Novembers.Trafalgar Victory FC has a growing club, the best grounds in rural Victoria, success on the pitch and improving facilities. It is time to set the club up for the next decade. Please “get on board” and help shape our great club for the years to come.