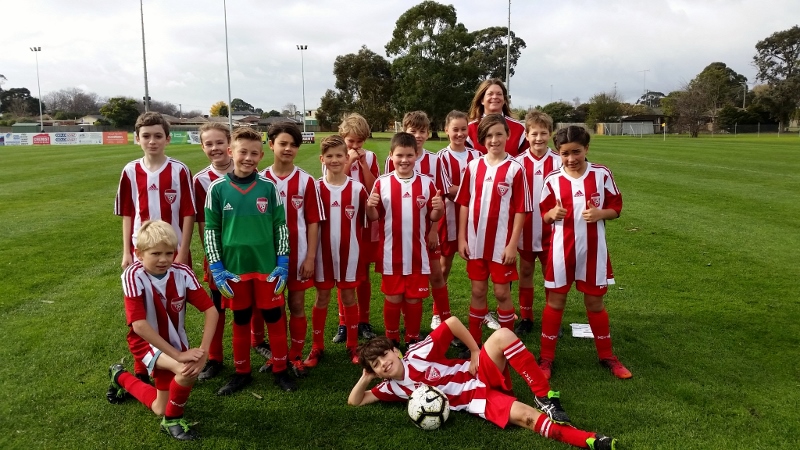 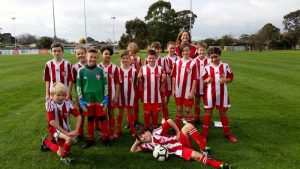 Today was another great day for Trafalgar.  Our team fought hard every minute, well organised with very good passes.  Traf managed to win, but with great suspense and awesome game played by both teams.

First half was with Traf mostly attacking and putting pressure on Newbourough, that played very well too. The defense of Traf, in particular with Logan, was very hard to pass through for Newbourough, who did only 2 ball kicks to the goal; unfortunately for Traf, the second one was a score, at 25 minutes of game. 0-1 with Newbourough winning. During that first half of the game we saw Braeden kicking an amazing ball to the crossbar, unfortunately not wanting to get into Newborough’s goal.

Second half was again with many attacks from Traf, and after a very good pass to the edge of the big square, the ball still in the air, Aaron kicked it with an amazing dexterity and it flies like an arrow straight to goal. The keeper of the other team had no chance and all the parents cheered the whole team. Score 1-1 at 45 minutes. Afterwards both teams continued playing really well and the suspense was halted after an amazing kick from Braeden, from outside the square, with a ball that flies high and curving down to force into the top right angle of the goal. GOOAALLLL for Traf! Score 2-1 at 57 minutes.

Both teams can be very proud of their quality of game, fairplaying and efforts. Their parents are!!