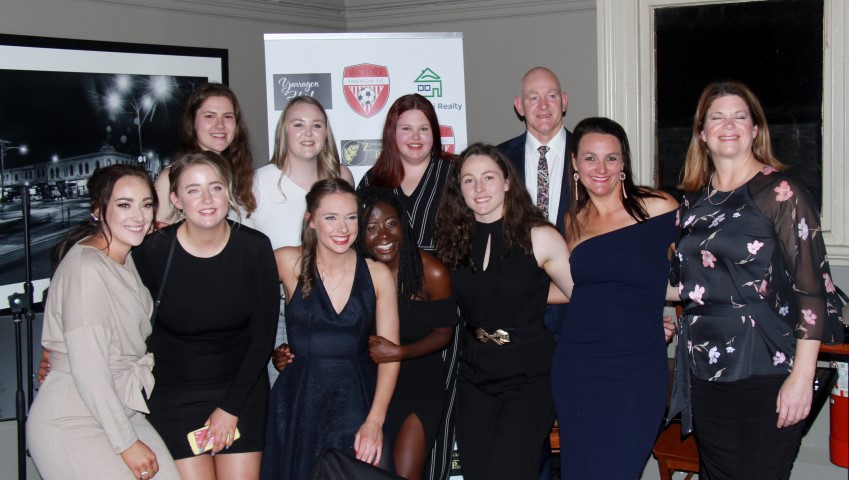 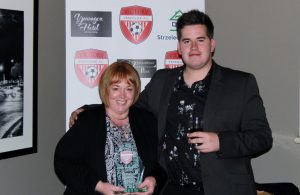 Trafalgar Victory FC wishes to advise its members and the general public that it will be holding its Annual General Meeting on:

Nominations for the positions of  President and Secretary are being called for.  There are also several general committee member positions available. For more information, please email the club at admin@tvfc.com.au

Trafalgar Victory FC is seeking the services of coaches for the 2020 season.
Applications for Senior, Junior and MiniRoos coaching appointments are now open.

Please use the below link to submit your online coaching application.

Trafalgar Victory FC are seeking expressions of interest for players in season 2020.

To register your interest in playing at Trafalgar Victory FC for season 2020, please complete the following online form.

Katrina has been our secretary and canteen coordinator this year. Katrina has attended every home game TVFC have had this year and run the canteen with great efficiency. Katrina also attends meetings, takes minutes, cleans the buildings weekly and has cooked meals on event nights.

Katrina dedicates countless hours to the club with little to no acknowledgment and does so happily because she loves this club. Her efforts have been superhuman.

If you would like to vote for Katrina, please do so via the below voting link:

As treasurer, Raelene not only manages the finances of the club but gives up numerous hours in the canteen and general club ensuring our facility is clean and in top shape for our games.

Raelene attends all senior home games to watch her son play in the reserves but has had to watch his game from inside the canteen on numerous occasions just to ensure the canteen is running efficiently.

Raelene also spends multiple hours a week on the phone with me assisting me with my role as president. She is an incredible asset too our club and her efforts often go unnoticed.

If you would like to vote for Raelene, please do so via the below voting link:

Greg has been a long standing volunteer at Trafalgar Victory FC for numerous years. He regularly runs the lines for the men’s matches, when very few are prepared to do so. Greg also assists in roles such as manning the gate and helping in the canteen. He is a regular working bee attender and can be relied upon to roll up his sleeves and help the club out.

If you would like to vote for Greg, please do so via the below voting link:

Mark has made many contributions towards the club. My list below is a sample of what he does:

There are so many other things that Mark does such as helping out in the canteen, as a referee, marking grounds, coordinates the Christmas tree fundraiser, coordinating events and many other things in the background that provide for the smooth running of the club.

Mark does all of this as a volunteer (unpaid). He does this work as he cares about the club and the people associated with it. I have done my best to capture the work that Mark does for the club but what I have written is probably just a snapshot of all of the vast amount of time he devotes to the club. I believe Mark would be a worthy recipient of this award.

If you would like to vote for Mark, please do so via the below voting link:

Tanya has performed an amazing job as the Miniroo’s co-ordinator for the second year in a row. She has put in in countless hours of her own time organising everything from junior teams, sourcing coaches and acting as a coach herself, school clinics and recruitment, arranging our highly successful hub days and club training nights, fundraising raffles and assisting with the clubs sponsorship program, financial grants and Christmas tree sales. Tanya has also lead plannign for player retention and recruitment. This is on top of her already substantial contribution to the club as a women’s player and committee member.

Tanya’s efforts have allowed the Miniroo’s to function smoothly throughout the entire season and have allowed a huge number of families and their children to enjoy soccer throughout this period with good communications, well co-ordinated training and game days, even assisting families with transport to/from our more distant hub days.

Thanks Tanya, Your efforts are appreciated by all mini’s parents.

If you would like to vote for Tanya, please do so via the below voting link:

Trafalgar Victory FC is running an off-season soccer program over the spring-summer period.  Each session will run from 5:00pm – 6:00pm every Thursday afternoon at the Trafalgar Recreation Reserve soccer grounds, commencing on Thursday the 5th of September. The program is being coordinated and ran by TVFC Junior Coach, Shirley Guthrie and is being offered to junior aged players who turn 12 or older in 2020.

Each session will consist of 30 minutes  of skills training and then a 30 minute game afterwards. The purpose of each session is to enjoy having a kick with friends in a structured format.  Current and  new players are welcome to attend.

If you have any questions about the TVFC Summer Soccer Program, please don’t hesitate to contact Shirley on 0411 848 011.