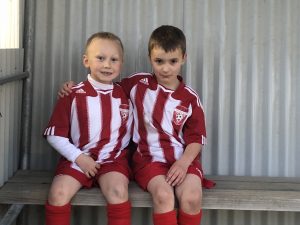 TVFC’s interclub gala night was an overwhelming success with mini roos players after TVFC’s under 6, 8 and 10 sides played host to Warragul United and Moe United Soccer Clubs on August 2nd.

The initiative adopted by all three clubs, provided an alternative to regular training and a chance to enjoy mini roos game formats outside regular weekend competition.

In WUSC’s case, it provided the chance for two of their under 10 sides to enjoy a different game format, with their teams pre-selected to play against opposition from a neighbouring league. This format offers an alternative to the kick start program enjoyed by WUSC sides, where this program is conducted as an internal structure where the players are put into teams each Saturday morning and play against their own club members.

Played under lights on the Waterloo Road grounds, TVFC’s under 6 and 8 sides enjoyed a competitive hit out against fellow LVSL club, Moe United.

Both games were played in great spirit, with players enjoying the chance to pit their skills against sides they had not previously met in season 2018. In what was widely agreed to be exciting games, the comradery between the clubs was as obvious as the support and encouragement provided to the kids by coaches and their families.

When asked about the development in players from both sides, TVFC’s Mini Roos Coordinator Tanya Makins is quoted as saying “It’s very rewarding to witness the joy the kids have for the game. Over the past couple of years, the development in their skills is exciting and is matched only by the growth we see in their confidence. Providing an environment for them to build friendships and to stay healthy is the icing on the cake”.

For Trafalgar’s under10 squad, games against WUSC and Moe United provided the chance to enjoy some healthy competition against teams the players had also not met this year.

Playing a round robin style format, TVFC enjoyed 2 x 24 minute games, testing their fitness and skill against spirited opposition. As with the U6 and U8’s – enjoyment was the order of the night and games were played with an emphasis on fun and participation.

TVFC wold like to thank the players, their families and coaches from three clubs. A special mention goes to our dedicated volunteers, to Tanya Makins (TVFC Mini Roos Coordinator), Ryan Leslie (WUSC) and Lee Dastey (TVFC) for their help coordinating teams on the night.

Looking ahead to 2019, TVFC plans to bring the clubs together for more match practice and fun. 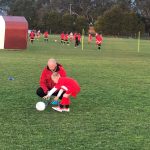 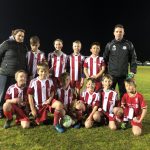 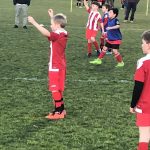 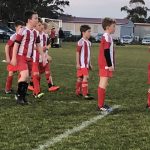 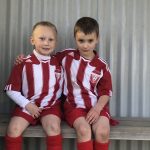