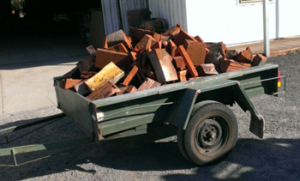 The winning ticket was Mrs P Cervi, grand mother of TVFC Under 10 MiniRoo player Bailey and Under 6 MiniRoo player Zoey.  The prize of a trailer load of cut firewood has already been delivered to Mrs Cervi.  TVFC would like to thank its members, predominantly the MiniRoos and Junior families, for supporting this year’s raffle.  A special thank you to Stuart Lister who negotiated the prize, organised the tickets and managed the raffle for start to finish.  His efforts are very much appreciated.