The TVFC 2017 Senior Presentation was held on Saturday the 7th of October at The Courthouse Warragul. The evening was well attended by players and officials from the Senior Men, Senior Women and Men’s Reserves teams. Club committee members and official guests were also present for the annual end of season gathering. It was an evening of considerable celebration given the extremely successful season experienced by the club at the senior level of competition.

Our Senior Women jumped from 9th position in season 2016 to an impressive 3rd position in 2017. The ladies made the semi-final of the final series and were runner-up in this year’s Brown-Huizer Cup. The team has gone from strength to strength under the stability and expertise of team Coach Tony Wyatt.

The Senior Men made the LVSL finals series for the very first time via a final round victory of the league champions Falcons.  It was an excellent year of growth and development for both the Men’s Senior and Reserves.

The Reserves, whilst not featuring in the final series, improved their win-loss ratio and many gained valuable experience in the senior team throughout the season.  The most important feature of the Men’s teams in season 2017 is that they are a genuine threat to any opponent and cannot be taken lightly in any contest.  Once again Coach Eamon O’Hare has done a marvellous job of moulding this group of young men into a cohesive unit.

A number of awards were presented during the evening.  The following is a summary of the presentations made: 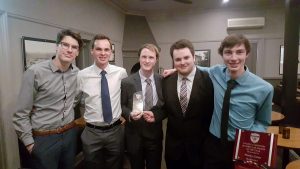 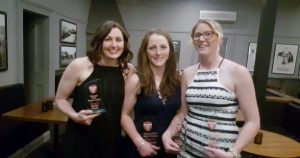 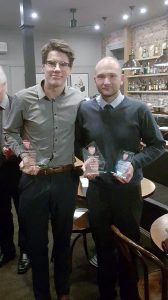