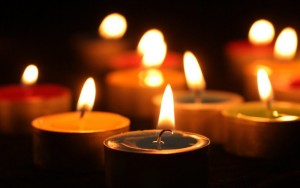 Wayne held the position of Club President, committee member, team coach and “vocal supporter” at our club across numerous years.  He always had the interest of the club and the local kids at heart. In fact, Wayne even coached his twin sons, Josh and Sam, way back when they played together in the Under 10s.

All four of Wayne’s sons (Aaron, Travis, Joshua & Sam) played at Trafalgar at one time or another.  Sam is still a member of the TVFC Senior Men’s team today. Wayne enjoyed being the proud, and at times protective, Dad watching his boys play.  Often giving words of “encouragement and advice” to both the opposition and referee alike. It would be fair to say that Wayne would be the only supporter capable of challenging Stephen Klemke as the official rowdiest TVFC fan ever when he hit top gear. He was in soccer, as in life, a passionate and active participant.

Wayne was taken from us way too soon and far too quickly.  He will be missed greatly around our club by many and remembered with much fondness.

All associated with Trafalgar Victory FC have Robyn, Aaron, Travis, Joshua and Sam in their hearts and minds at this time of loss and sadness.  Our thoughts and prayers are with you.

P.S. Robyn has advised  that there is a service to celebrate Wayne’s life at the Trafalgar Public Hall, Contingent St, this Friday the 8th of July at 11am.
No flowers please, but you can make a donation to the West Gippsland Hospital. Envelopes will be available at the service.