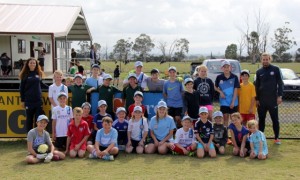 Melbourne City FC this week brought their “City Kids” program to Trafalgar.  The school holiday clinic was offered to boys and girls aged 8 to 12.  The event was coordinated by Trafalgar Victory FC’s MiniRoos Coordinator Kara Kimberley and attracted in excess of 30 players from as far as Phillip Island & Bunyip.

Melbourne City FC development coordinator’s Adam Centofanti and Melissa Missailidis delivered the 90 minute session with the assistance of local SEDA students.  The young participants were fully engaged and had an absolute ball.  The games and activities catered for different ages and skills to ensure all players enjoyed the experience.

Whilst there was a great opportunity to for the kids to develop their game and to gain advice and guidance from the Melbourne City staff, the theme of the day was participation and fun.  Adam explained “It’s about having fun, participation for the kids and teaching the fundamentals of football.” He outlined that the City Kids program had been taken all around Victoria and even across the border into Finley, NSW.  When the Melbourne City played Manchester City on the Gold Coast last year the program was delivered in Queensland also.

In addition to the great soccer fun had on the pitch, participants received a Melbourne City kids pack including MCFC hats, player cards, stickers etc.  These were well received by the kids and further added to the great day.

Event coordinator Kara Kimberley summed up the clinic as “very successful”.  She received considerable positive feedback from parents.  Kara identified how the clinic was “good for Trafalgar Victory FC and the wider soccer community”.  Half of the participants on the day were from Trafalgar and half from various locations around Gippsland”.

The day further strengthens what is already a very strong partnership between Melbourne City FC and Trafalgar Victory FC.  The City Kids program showcases yet again how Trafalgar Victory FC provides a quality football experience not only to its members but the wider Gippsland football community.

The club would like to thank the numerous participants from across Gippsland who took part in the day. It would also like to offer its sincere appreciation and thanks to Kara Kimberley for making the day possible. 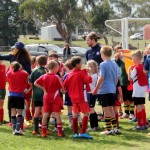 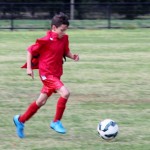 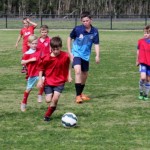 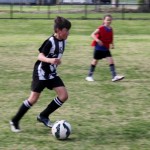 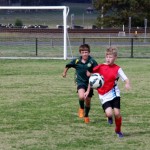 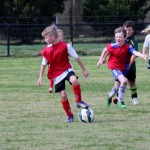 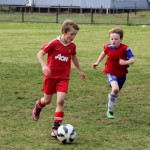 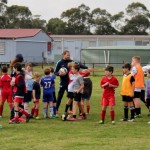 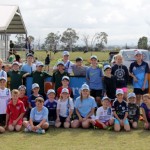