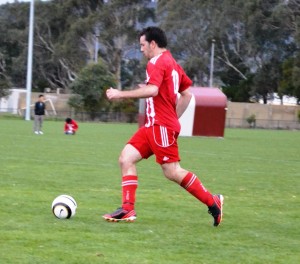 Lachlan Wyatt has been announced as the senior women’s coach for the 2015 season.  Lachlan was formally advised of the appointment following the recently held TVFC committee meeting.

After a long association with the club, spanning some seven years as both a player and coach, Lachlan is eager to coach at the senior level of competition.

He began playing back in the 2009 season as an under 16’s and over the journey has progressed to be a regular member of the TVFC Youth and  Men’s team.

Lachlan has considerable experience as a coach across a variety of age groups and levels of competition.  These include:

The club is delighted with his appointment and wish him as his playing group the very best  and much success for the season ahead.

In other coaching news Mark Judd has been appointed TVFC Under 14s Boys coach for season 2015 and Casey Tatterson as a MiniRoos coach.

If you are interested in joining TVFC as a team coach then please submit your application online via the below link.  Great coaches make great players.