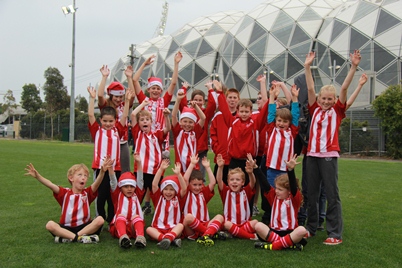 Trafalgar Victory FC has continued to grow its excellent partnership with Melbourne Heart FC and in excess of fifty players and parents were treated to a game day experience at Saturday’s Melbourne Derby.

Ten lucky Trafalgar SSF participants walked onto AAMI Park and got to play in front of 26,000 crazed football fans at half time.  Whilst a further twenty TVFC players were selected to wave the Hyundai banner in the centre of AAMI Park, also during the half time interlude.  On top of this experience, all were treated to an outstanding match of A-League football.

Melbourne Heart has supported Trafalgar Victory since their inception into the A-League, back in 2010.  To date players from Trafalgar have had the opportunity to act at player mascots, ball boys, SSF half time players, sponsor mat wavers and promoters for the sole A-League match played in Gippsland.  Players and officials from the Heart have also visited the club twice in recent years and are full of praise for the development of football in the Trafalgar region.

Event organiser Kara Kimberley would have been delighted with how the evening’s activities unfolded.  On top of the scheduled program the kids got autographs from several of the Heart stars as well as giveaways from the team mascot Ticker.

Whilst several of the clubs youngest players would have had a very late night and have been hard to wake this morning, all will have fond memories of the night’s entertainment and perhaps a few may have had dreams of one day playing in the A-League.

Sincere thanks to Kara for organising the event and to Coal Valley Coaches for the transportation.

Link to pictures from AAMI Park 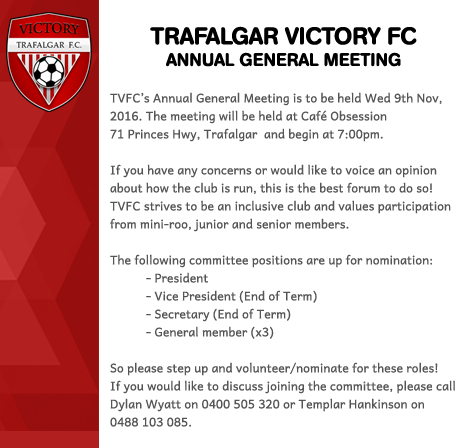