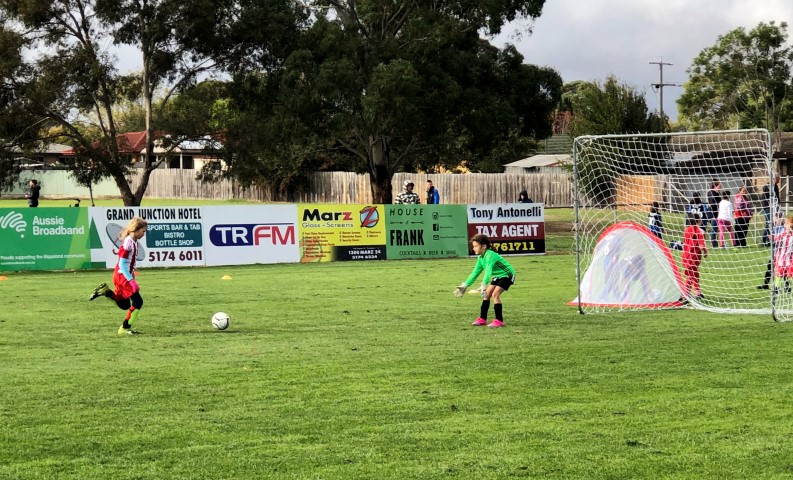 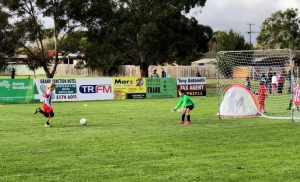 This was our first game back after a two week break for school holidays and the kids were all excited to be back playing.  We now have two U8 teams entered in the competition which is great to see the numbers have improved dramatically this season.

Trafalgar Red started out with four on the field against the TCSC girls who had 5 players.  Kade and Luke started strong chasing the ball and dribbling towards our goals.  Buckley played in goals in the first half and made a couple of nice saves.  Lillian arrived during the first half which gave us even numbers which helped immensely as she kicked 2 goals in the second half.  Xavier played in goals in the second half and denied TCSC from scoring.  Overall it was a great effort by Trafalgar Victory & TCSC who were both under manned. 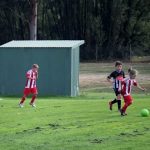 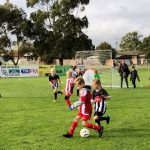 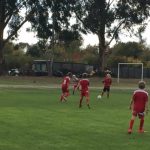 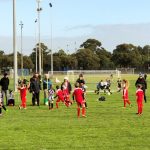 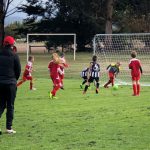 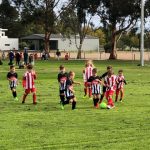 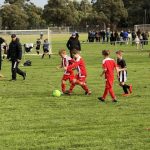 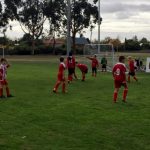 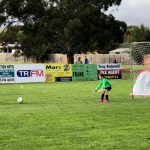